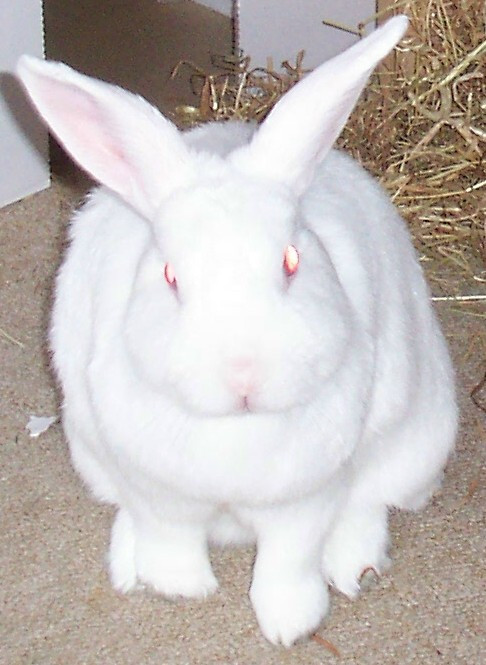 The Rainbow Bridge is a place where we usually relax and play, but today we have all been working very hard to build a rabbit skywalk so that it would be ready for Boogey when he arrived.

Time passes quickly here up at the rainbow bridge. So quickly that we didn't realise that it has been over two years since Cedric posted an entry to this journal.

Nothing much changes here. We spend our time lazing in the sun, nibbling the sweetest grass and herbs and welcoming new friends, but every now and again we like to let you know that we haven't forgotten our friends in Lagomorphia.

I hope that you like our new userpic, we think that it's rather splendid

Hello all, Admiral Sir Cedric Rex here. I just thought that I had better check that I'm getting through to you all on this different journal.

Dandy has asked me to ask you if there are any messages that you would like me to pass on to anybun up here and if there's anybun you need to know about.

Well if there is, you know where to find me!

Now as all of you know, I am the most handsome talented and modest bun at the rainbow bridge, and I have been running things here for quite some time now and as I'm sure that you can guess, it's a big job!

I have therefore decided to leave the updating of this journal to our new arrival Admiral Sir Cedric Rex. I don't suppose that Cedric will update this journal very often as he has much better things to do but at least I know that he is an experienced journal keeper as he took over my journal when I left Lagamorphia.

So anyway, what I'm trying to say is that you should direct all future complaints about this journal to Cedric as I'm far too busy to deal with them.

Just a quick note for the attention of Annie. I want you to remember that when Millie came up here to the rainbow bridge, instead of doing what I could have done and moped around grieving I went straight out and found you. I want you to do exactly the same thing.

We have a new arrival. She is behaving like she owns the place and she's talking about opening a shop!

So there I was with Flopsy Girl planning Chris-Moose lunch for everybun when a new resident hopped up, she's ENORMOUS! She's called Bertha and she already knows quite a few of the buns here. Judging by the size of her we will need to get in a LOT of extra supplies.

She's settling in very well and I'm sure that she will be just as happy as the rest of us.

Maybe not many of you know Bubbles, but she has been a bit poorly lately, and she really tried to hang on to stay with her 2-foot until Chris-Moose, but no matter how hard she tried she couldn't manage it.

Anyway, Bubbles just wants to let her 2-foot know that she's sorry that she couldn't quite manage it, but she's feeling alot better now and she thinks that she is going to be very happy here.

First of all, I need to make it clear that I've not lied to anybun, it's just that I have not told you everything about what happens at the rainbow bridge. Sometimes, something bunderful happens. Take today for instance. Today, a 2-foot turned up. She told us all that she was just passing through but said that she had left a couple of bunnies behind in Lagamorphia and that she thought that she was going to be lonely without them. Anyway, she asked if there were any buns around that had never had a 2-foot to look after, and of course there were, so she asked them if they would go with her to the place she was travelling to. The last time I saw her she was heading off into the distance surrounded by lots of happy buns who were pleased to have a 2-foot of their very own at last.

Most of you know by now what I look like. I mean, after all, I'm the most handsome, talented, and modest bun at the rainbow bridge, so I thought that we would have a new picture for rainbow bridge posts. I lhope you like it

P.S. Just in case any of you do start to forget me I've voted for one of MY songs for the next BunnyTunes chart!
Collapse